When you are facing a criminal charge, experience matters… 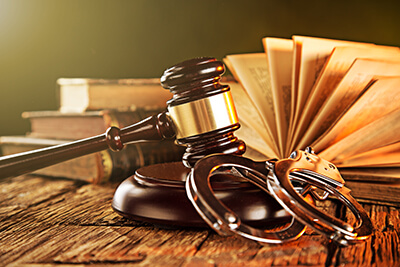 Attorney Wilson began his criminal legal career in Central Pennsylvania in 1994 where he worked for a solo practitioner and concentrated on criminal defense. During his time at that firm, he handled cases in numerous Central Pennsylvania counties. Cases Attorney Wilson handled at that time included DUIs in multiple counties, assault cases, and various drug and theft offenses.

In one of his first DUI cases, Attorney Wilson was able to avoid a mandatory minimum sentence for a multiple-time DUI offender with an intermediate punishment house arrest sentence.

In 1996, Attorney Wilson was hired at the Dauphin County Public Defender’s Office. While an attorney there, he handled thousands of criminal files at various stages including homicide cases (two involving the death penalty), sexual offenses, drug offenses, and hundreds of cases involving DUI and traffic cases. While Attorney Wilson tried numerous cases (both jury and non-jury trials), he also litigated a significant number of appellate cases before both the Superior and Supreme Courts.

Attorney Wilson handled virtually every type of criminal case during his time as an attorney at the Public Defender’s Office.

Some Of Attorney Wilson’s Career Highlights Include:

In 1996, he prevailed in his first jury trial obtaining an acquittal on a three year mandatory minimum case where no deal was provided in advance of the trial.

In 1997, Attorney Wilson was successful in his first litigated appeal, where a defendant convicted of a mandatory minimum offense had the evidence suppressed on appeal and that matter ultimately dismissed.

In 1998, he was assigned as lead counsel on his first death penalty case where a defendant was accused of murdering multiple elderly victims and covering up the crimes by committing arson. The death penalty was avoided in that case.

In 1999, Attorney Wilson was assigned his second death penalty case. The ultimate resolution of that case, where it was uncontested that the defendant committed homicide, was a sentence of less than 10 years.

After serving for three years as a Public Defender, Attorney Wilson was hired at a Central Pennsylvania litigation firm. This experience allowed him to handle cases in nearly 20 different Pennsylvania counties and also exposed him to significant medical training useful in both criminal and civil settings.

That medical and scientific training has been of use in understanding blood analyses that may be applicable in a DUI, and also understanding the extent of medical injuries in an assault case (which may result in a reduction of charges from a felony to a misdemeanor).

In 2001, Attorney Wilson was appointed as an Assistant Counsel at PennDOT. While at PennDOT, he litigated numerous cases before various administrative, trial court, and appellate level tribunals. Three of his cases were reported in a national Lexis/Nexis law journal.

From 2002 to 2010, Attorney Wilson frequently served as liaison with the Attorney General’s Office and also assisted the Department of Justice with the development of the largest Disadvantaged Business Enterprises (DBE) criminal prosecution in United States history.

Since 2012, Attorney Wilson has been in private practice where he has handled numerous criminal cases at the District Judge, Court of Common Pleas, Superior Court, and Supreme Court levels. This experience includes jury and bench trials, pre-trial hearings, and multiple matters on appeal.

Some Of The Matters Of Note Have Included:

In 2015, won a SORNA case where lifetime Megan’s Law registrant no longer had to register as a sex offender.

In 2015, assisted a client in a PennDOT medical recall revocation/suspension case where a client kept his license.

In 2015, obtained dismissal of charge at the preliminary hearing against a parent charged with assaulting a teenaged child.

From 2014-2017, obtained ARD and expunged records for multiple clients.

From 2014-2017, obtained dismissals and reductions of charges at the district judge level without any further need to attend court.

In 2017, based on medical issues, was able to have highest tier DUI case resolved as a careless driving charge with no license suspension.

Attorney Wilson handles cases from the pre-arrest stage through (when necessary), jury or judge trials, all the way through to filings at the Supreme Court. Attorney Wilson prides himself on being available 24/7 for his criminal clients.

Attorney Wilson especially welcomes the opportunity to help people who have not had previous criminal charges – and especially appreciates the opportunity to help such clients with dismissal through the ARD program or through other means allowing for someone who might have made a mistake move on with their family and work life. At the conclusion of numerous cases, Attorney Wilson has successfully expunged criminal arrest records for multiple clients so that employers and the public no longer have access to arrest records.

Whether dealing with a minor criminal matter or something much more serious, you should be able to count on an attorney to provide guidance at all stages. This is precisely why Attorney Wilson does not charge for most phone calls from his clients and is available during evenings and weekends.

For the same reason critical medical treatment may be needed at any hour, providing sound legal advice and counsel should not be restricted to what is traditionally thought of as “normal” business hours.

Also, when you are dealing with the stress of a criminal charge and consequences, retained counsel should be available to listen to your concerns and answer your questions – even if it is necessary to ask the same question more than once because of the stress associated with being charged with a crime.